Westgate School World School Games 2018 Pune – India Team : Leah Allen, Tash Lado, Megan Thomas, Angie Wong Coaches : Kat Hurrell & Rob Wylie From the 18th to the 25th of April 2018 The Westgate School badminton team were given the opportunity to represent England playing in the World School Games in Pune, India. Having won gold in the National Schools Championships previously in 2017 this allowed them to qualify representing Team England in this prestigious event. Firstly the teams were welcomed with the opening ceremony and were lead in by horses. Tash Lado had the honour of leading England in on one of these horses. The opening ceremony included cultural dances and encouraging speeches and the tournament was nearing a start. The competition began in the impressive 16 court arena after the opening ceremony. Westgate faced the strong French national team first, followed by China, Brazil and India B. The competition was strong and they gave some very good performances as a team finishing 6th in the world overall. Although the atmosphere was highly competitive and fierce the event gave opportunities to meet and interact with all of the other players from around the world. After four tough days of competition in the 40 degree heat, the cultural programme was to follow, this included visiting castles and temples as well as the large street market in Pune. Here the team were able to witness the hardships and differences of life in India. One of the final nights consisted of a cultural evening where each nation held a stall relating to their country, containing national paraphernalia and delicacies. Each country also had to complete a performance on stage to the other Nations. This was a high spirited and enthusiastic event which the whole team thoroughly enjoyed. Whilst preparing for the trip, money was raised in order to provide sporting equipment to a local Indian school. While the team were there they were lucky enough to be able to personally go and present the sports equipment along with meeting and talking with the children and the founder of the School. This was a moment that was particularly enjoyed by the team as they were able to see the impact they could make on the school first hand. Thanks go to The Anders Foundation, Match Sports Agency and everyone that contributed to the Crowdfunding page. This experience was so different to any opportunity ever had before and they would collectively would like to thank everyone who made it possible for them to go. Overall an incredible time at The World School Games. 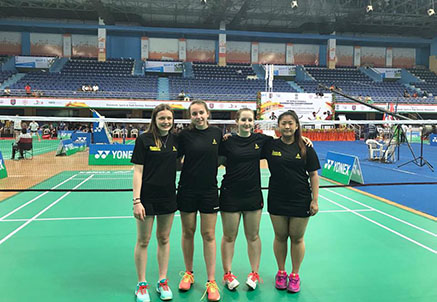 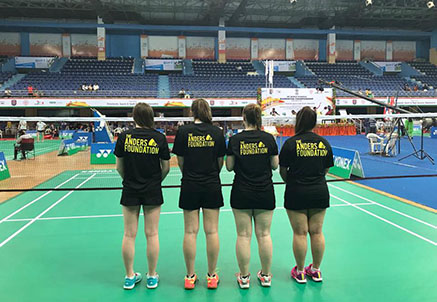