Jamie Jessup, a member of the Wimbledon Racquets & Fitness Club, despite defying medical science and his parents being told after he was born, to take him home to enjoy him as he wouldn't live past the age of 3 months, had a life saving Organ Transplant, and has been a former world Champion Gold medal winner. He has just returned from triumphing at the World Transplant Games 2017 in Malaga, Spain. The World Transplant Games is an International sporting event for transplant athletes. It demonstrates the physical success of transplant surgery and the ability of transplant recipients to lead healthy, normal lives. The event aims to significantly enhance the understanding and acceptance of organ donation.The Games are held every two years, with the last three games being in Mar Del Plata, Argentina (2015), Durban, South Africa (2013) and Gotenburg, Sweden (2011). The games represent the largest organ donor awareness event in the world. We have the blessing and support of the World Transplant Games Federation and the International Olympic Committee. After being selected for the World Games (for the 4th time) the day finally came to fly to Spain with Team GB. It was an amazing feeling being part of such a prestigious event and showing the world that after having a major Organ Transplant that we can still live Life to the full and compete on the world stage and promote Organ Donation. We all arrived safely and went on to the opening ceremony and meet the other teams / countries. The World Transplant Games, supported by the International Olympic Committee, represents the largest organ donor awareness event in the world, featuring a week of 13 sporting events. Team Great Britain and NI, joined over 800 other transplant athletes from 44 countries across the globe. I am thrilled with my achievement this year at the World Games competing against tough opposition, Thailand, Germany, Finland, Iran & our own GB Team. I came away with 3 World medals, winning Silver with my mens' doubles partner, Jon Fox from Dorchester; Bronze for singles; and Bronze for mixed doubles with Elizabeth Hosford from Worthing. SILVER - MEN'S DOUBLES BRONZE - MIXED DOUBLES (PB) BRONZE - SINGLES Over all the Games was a Great success with Team GB winning and storming it on the Medal table front with a total of 360 Medals - 122 Golds, 90 Silver & 104 Bronze. Team GB Won at the Awards evening Most Outstanding Best Team Award. Something we as a Team have now won twice! I would now like to say a personal thank you to all my Sponsors particularly Wimbledon Racquets & Fitness Club; Sam Phillips for all of his time, efforts & coaching; The Anders Foundation for sponsorship to help me achieve my Dream and get me out to represent Team GB; Jin Yee Lim and his company "Liminaires" for his "Vita Jewel Gem Water Bottle" & finally thank you to everyone at WR&FC for all your help over the years and continued support. 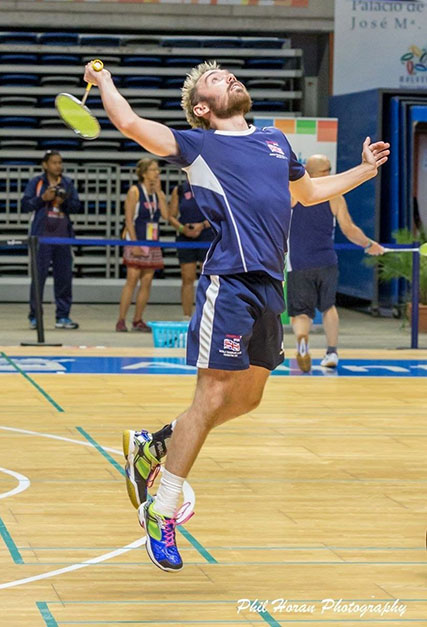 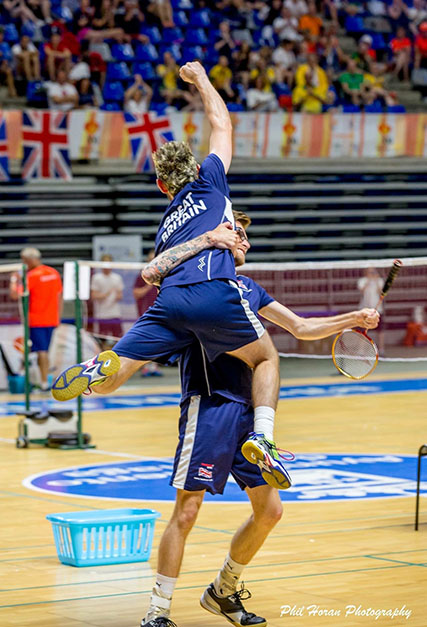