The Anders Foundation is helping Emma have regular individual coaching as she has progressed so well within our Talent Spotting Sessions over the last few years. The 2017-2018 badminton season has ended on a high note for para-badminton player Emma Stoner. Having been selected for the Surrey U14A team, she enjoyed her first season of (non para) county matches. The season ended well; Surrey attended the annual invitational tournament in York against seven other county teams. Having progressed through the group stages, they won a hard fought semi final against Lothian and were through to the final against Yorkshire. The final was very close but Surrey narrowly conceded victory and took home silver medals. A week later, history repeated itself at the Shires Final held in Wolverhampton, Surrey again playing well but ultimately losing in the final to a strong Yorkshire side. The team should be proud of their achievements, expertly guided by their coaches Tom Saunders and Jackie Cunningham. They certainly won the prize for loudest team support! Emma also got the chance to take part in a coaching session at Ebbisham with two of her badminton hero's - Rajiv Ouseph and Chris Langridge - and was very interested to hear about Chris's experiences in the Surrey junior programme. She has plans to do lots more tournaments next year. Huge thanks to the Anders Foundation for all the continued support and encouragement, without which none of this would have been possible. Emma Stoner and her partner, Lily, receiving coaching from England players, Rajiv Ouseph and Chris Langridge. Rajiv is former European mens’ singles champion, and Chris is Rio Olympic Bronze Medallist in mens’ doubles. 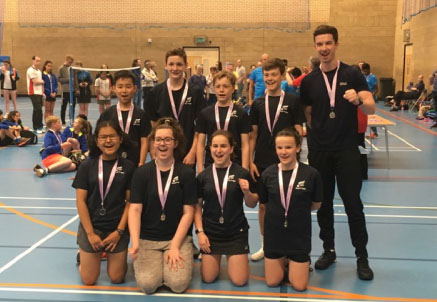 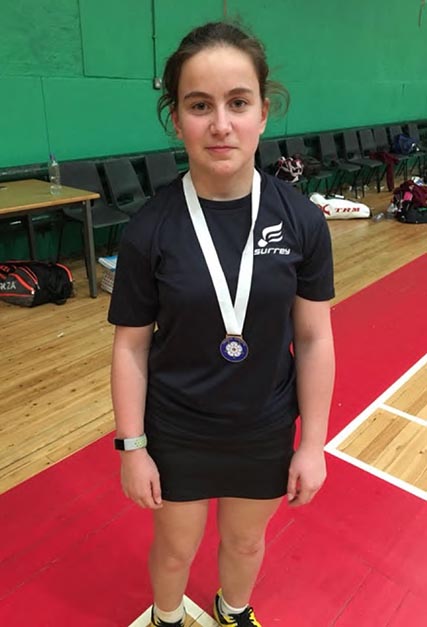 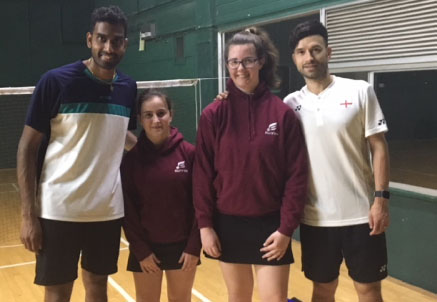