Silver for Becky and Team GB at Downs Syndrome Swimming World Championships On the 19th July Gloucester City swimmer Becky Turner travelled to Truro, Nova Scotia in Canada to represent Great Britain at the 9th Downs Syndrome World Swimming Championships. During the week long competition over 200 athletes took part from 24 countries. The championships were officially opened on the night before the competition began with an opening ceremony in the centre of Truro. The teams were welcomed and announced to the crowd consisting of supporters and the public in the main square. This was then followed by some typical Nova Scotian entertainment with local bands and a quartet of drummers. Becky competed in six individual races and one relay during the 5 day competition. Becky achieved two personal best times in two of her races - the 50m freestyle and the 50m breaststroke and she swam close to her seasons’ best time in another two - the 50m backstroke and the 100m backstroke. In her 50 m freestyle race Becky finished second in the race and received a silver ‘heat’ medal. The highlight of the week came on the 3rd day of competition when Becky swam in the 4x200m Freestyle relay final. This was Becky’s first experience of swimming in a final at an international competition and she was a little nervous. Becky swam the second leg of the relay in a race that saw GB and USA competing for the Bronze medal position behind the Australian and Italian teams. It was a very tense race that resulted in GB finishing in third place. This was exciting enough and quite unbelievable but then news came through that a team had been disqualified! This meant a nervous few minutes for everyone and then it was announced that Australia who had finished first were the team disqualified- this meant that GB were now in silver medal position. The medal ceremony took place almost immediately after the race. There was just enough time to get the girls draped in union jacks ready to go up to the podium. It was a very proud moment indeed. On the last evening all the swimmers, their teams and supporters attended a gala celebration evening to celebrate a fantastic week of swimming. It was held in the ice hockey stadium next to the pool! Team GB finished in second place overall behind Australia which was a fantastic achievement. Becky thoroughly enjoyed her third experience of international competition and spending time with her GB team mates. 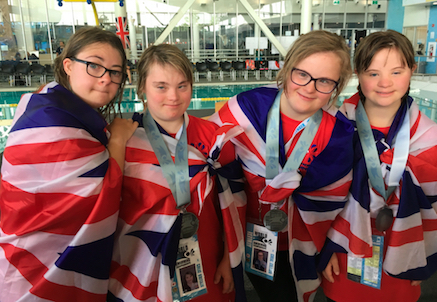 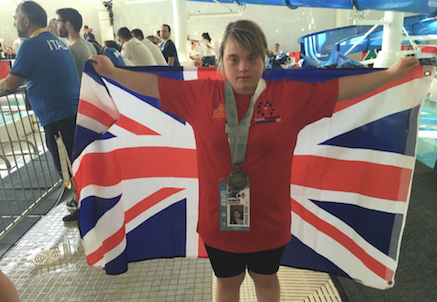 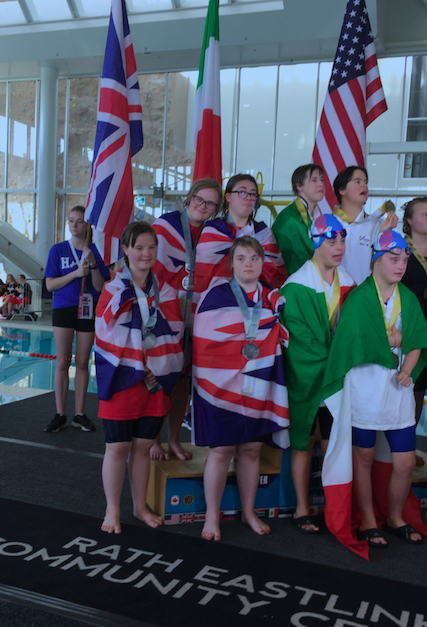 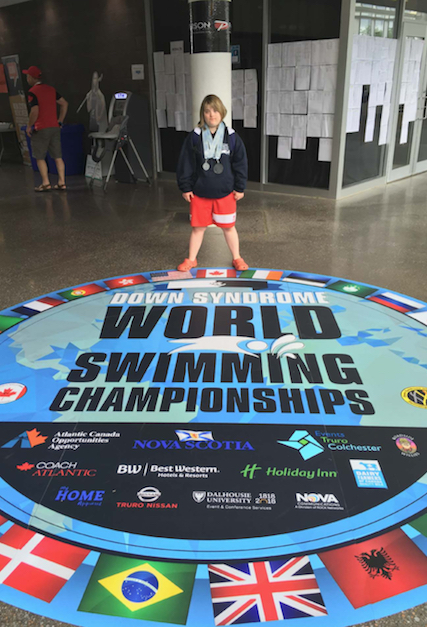